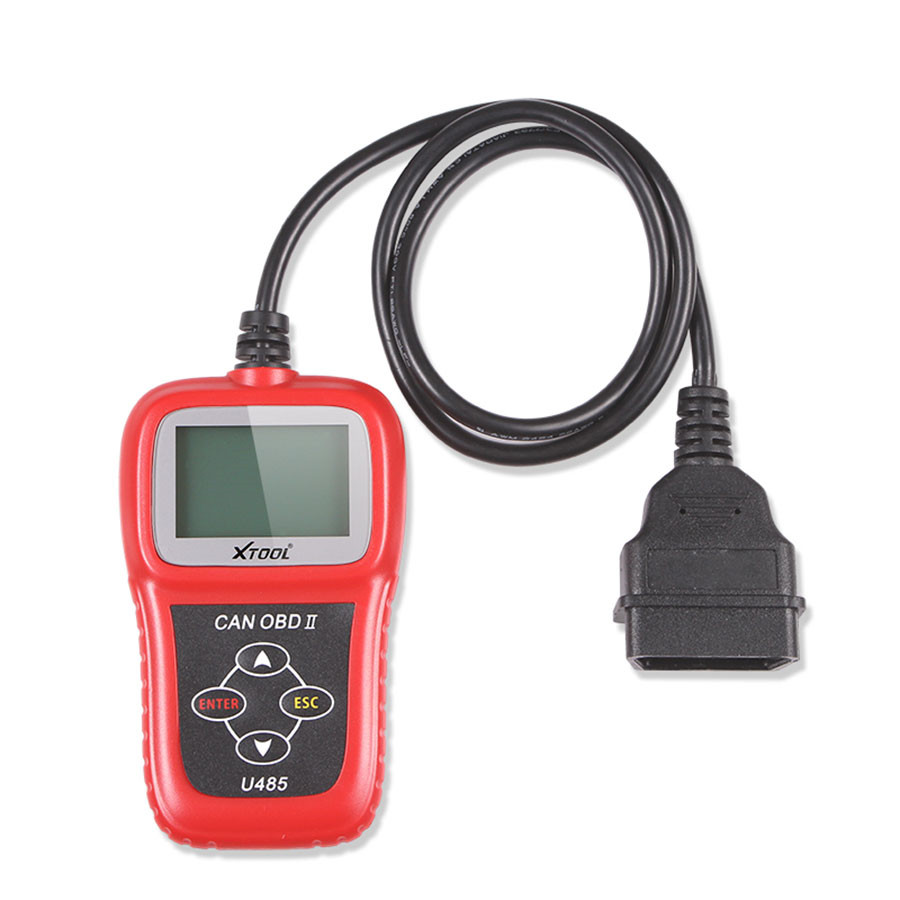 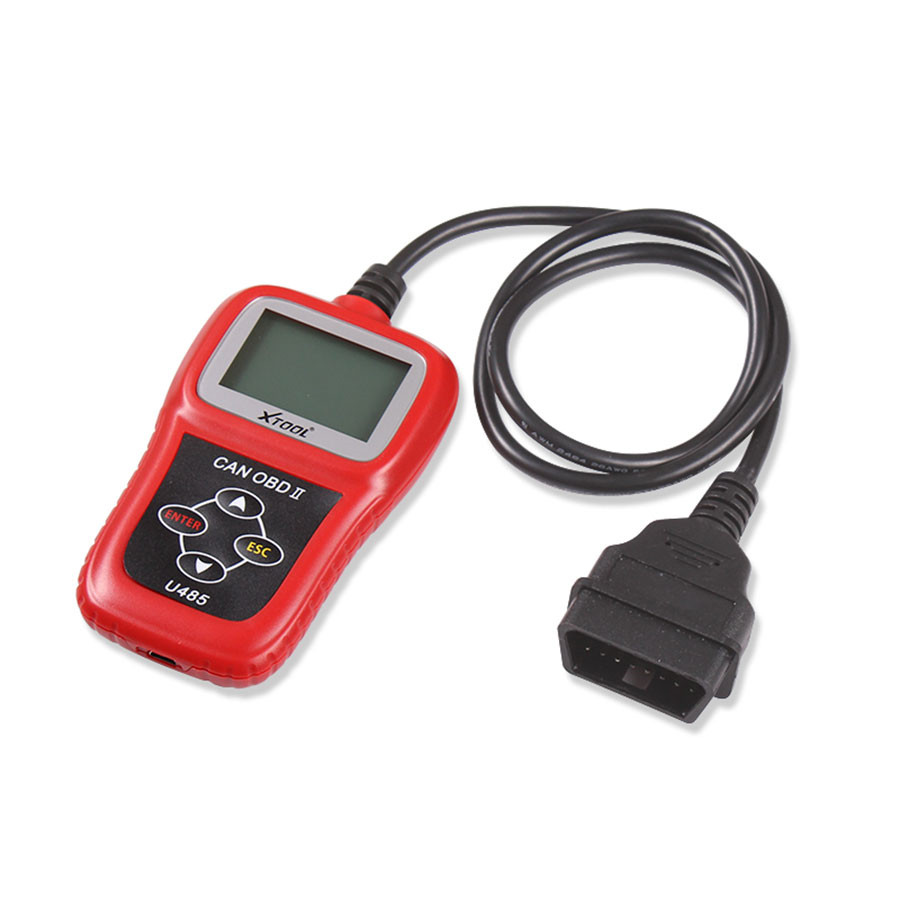 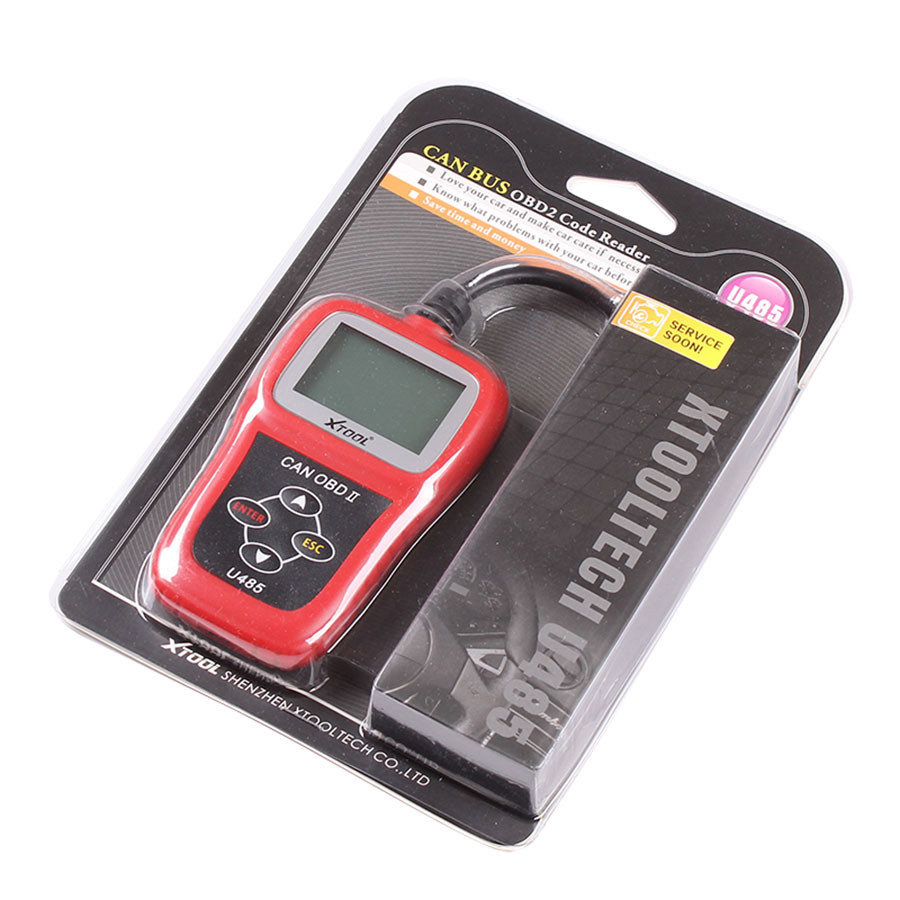 Works on all 1996 and newer cars & light Trucks that are OBD II compliant
(including the VPW, PWM, ISO, KWP 2000 and CAN protocols)
Reads and clears generic and manufacturer specific Diagnostic Trouble Codes (DTCs)
Turns off check engine light
Displays trouble codes on the LCD; no need the code book
Switches between Metric and English Units!
Scans live data
Reads Freeze Frame Data
Tests I/M Reading Status
Reads vehicle information including VIN# (if your vehicle is able to provide that)
Rescans Data
Easy to use with one plug-in.
Highly reliable and accurate
Easy-to-read crystal-clear LCD display
Stand-alone unit with no need for an additional laptop computer to operate
Performs continuous DTC scan
Safely communicates with the on-board computer

Xtool U485 reader works on the following protocols:

Does My Car Have OBD-II?
All cars and light Trucks built and sold in the United States after January 1, 1996 were
required to be OBD II equipped. In general, this means all 1996 model year cars and
light Trucks are compliant, even if built in late 1995.

Two factors will show if your vehicle is definitely OBD II equipped:
1) There will be an OBD II connector located under or around the dashboard
2) There will be a note on a sticker or nameplate under the hood: "OBD II compliant".

Where is the connector located?
The connector must be located within three feet of the driver and must not require any tools to be revealed. Look under the dash and behind ashtrays.

The Three Flavors of OBD II While the parameters, or readings, required by OBD II regulations are uniform, the auto manufacturers had some latitude in the communications protocol
they used to transmit those readings to scanners.
Naturally, each felt they had the one true way, so we have three different OBD II communications protocols in use.

Note: This scanner is not compatible with Class 3 and larger Diesel Trucks.